On January 24, 2020, after 30 years of engagement in the medicalization of cannabis, the «Swiss Taskforce for Cannabinoids in Medicine, STCM» was converted into the professional society «Swiss Society of Cannabis in Medicine, SSCM».
Founding members were (from left to right): Lukas Bösch, Melanie Rehli, Claude Vaney, Barbara Broers, Bea Goldmann, Christian Lanz, Rudolf Brenneisen. 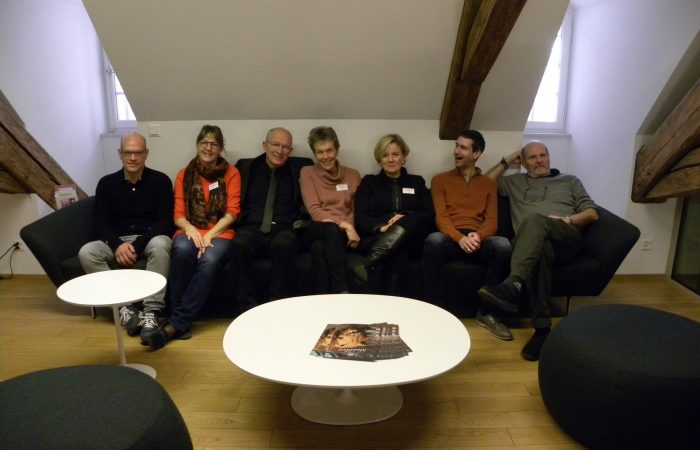 We are professionals from medicine, pharmacy, pharmacology, research, and industry. We foster a good and close cooperation with the Federal Office of Public Health (FOPH).

SSCM and its engagement: